On Saturday, January 31st a special meeting was held for all elders in the United States Branch Territory. A letter sent out in advance advised elders that the meeting would be to unveil “a new, dramatically different Kingdom Hall design.”

Since then, images of the proposed new standardized “cookie cutter” design have been leaked on an ex-JW forum. They show a building that appears to have been envisioned with commercial applications in mind if the building ever needs to be sold in future.

One elder’s notes from the two-and-a-half hour meeting, also leaked online, indicate that elders were urged by Governing Body helper Robert Luccioni not to become like the Israelites who complained after leaving Egypt.

Ecclesiastes 7:10 was read, which says: “Do not say, ‘Why were the former days better than these?’ for it is not out of wisdom that you ask this.” The application was made that elders should not dwell on the past or point out flaws in the new arrangements.

Leon Weaver, also a Governing Body helper, then revealed that there had been heated discussions within the US branch committee through the night as to whether the design for the new standardized kingdom halls was to be residential or commercial. Eventually, however, it seems all voted in favor of a commercial-style model – with windows.

JWsurvey has already reported on the changes that are being introduced by the Governing Body regarding how kingdom halls and assembly halls are built and financed. These changes involve all congregations sending a fixed donation to Watchtower every month, even if they were not previously in debt, and relinquishing all surplus funds to Watchtower.

Though the majority of rank-and-file publishers seem to have greeted the changes under the false impression that Watchtower is waiving the debts of congregations, not everyone has fallen for it.

On my Facebook page I was sent the following PM by an active publisher, who is happy for me to share it while asking to remain anonymous…

Hey John. I’m a baptized JW. I created this hidden account for myself for obvious reasons. I’m married to a zealous sister…my family are 90% JW and I was raised one from birth.

Last night a letter was read at my KH – by the way I’m from [country deleted]… The letter said that from now on, all contributions we make will be towards one global fund… so no more KH building fund box, world wide work box etc. It’s just one contribution that will go into a global fund. Now there was a resolution from the headquarters to be passed by all congregations that each congregation will send a certain amount to this global fund monthly.

The amount that was set for our congregation was [equivalent to] US $113. Keep in mind this is separate from Congregation expenses. We have around 70+ publishers. I thought if our brothers are struggling to pay congregation expenses… how are we going to keep this up monthly? Anyways they say it will go to everything like disasters, building halls, printing etc.

BUT THIS IS WHERE I WAS DISTURBED. AFTER THE MEETING I WAS CLEARING THE CONTRIBUTION BOX… AND I WAS TALKING TO AN ELDER ABOUT THE LETTER WHO IS THE SECRETARY… JUST TO UNDERSTAND IT FULLY. HE SAID TO ME… “WE WILL NEED TO KEEP IT UP SO THAT JEHOVAH’S SERVICE WILL BE CARRIED OUT… FOR EXAMPLE…I DON’T KNOW IF I SHOULD SAY THIS YET… BUT IT WILL BE NO SECRET SO I GUESS I CAN. DID YOU KNOW THAT LAST WEEK ALL CIRCUIT OVERSEERS GOT A BRAND NEW 2015 RAV4 FROM THE SOCIETY?”

I SAID “WHAT!!!!” HE SAID “YES BRAND NEW.” SO I SAID “BUT THE CO WAS HERE TWO WEEKS AGO WITH AN OLDER 2001 CAR?” THE ELDER SAID…”WELL I GUESS HE HAS 2 CARS NOW”… IN MY MIND I’M LIKE WHAT!!! THIS CANNOT BE RIGHT!!!
I AM STRUGGLING TO PAY MY BILLS AT HOME..I’M ENCOURAGED BY THE SOCIETY TO KEEP LIFE SIMPLE…DON’T START ANYTHING THAT’S GOING TO TAKE UP TIME LIKE A NEW BUSINESS EXTRA HOURS AT WORK ETC… AND NOW YOU ARE TELLING ME I MUST CONTRIBUTE MY MONEY SO THAT CIRCUIT OVERSEERS CAN DRIVE BRAND NEW CARS…ON TOP OF THAT…THE ELDER SAID THEIR SUVS WILL HAVE FREE SERVICING EACH TIME IT NEEDS IT AND ANY PARTS THEY NEED THIS WILL ALL BE PAID FOR BY THE WATCHTOWER SOCIETY.”

KEEP IN MIND IT COSTS AROUND $217 TO SERVICE ONE OF THESE SUVS EXCLUDING PARTS. I WAS THINKING IN MY HEAD…YOU MEAN PAID BY ME AND OTHER POOR BROTHERS WHO EITHER HAVE TO WALK EVERYWHERE BECAUSE WE HAVE TO HAVE A SIMPLE LIFE OR IN MY CASE I HAVE AN OLD LITTLE CAR THAT NEED LOTS AND LOTS OF PARTS RIGHT NOW… I DON’T EVEN HAVE A/C IN MY CAR, AND I’M TO GIVE MY MONEY TO HELP BUY 2015 SUVS AND MAINTENANCE…

CAN’T BELIEVE THIS… MY WIFE THINKS ITS A BLESSING FROM JEHOVAH…BUT I CAN’T TALK MY FEELING BECAUSE WHENEVER I DO..SHE SAYS I’M AN APOSTATE! …WHAT DO YOU THINK? CAN YOU DO A VIDEO ON THIS? I’m not sure if the COs only in [my country] got 2015 SUVs or it’s a worldwide thing…but it’s shocking to me. I’m just in a puzzled state right now.”

Publishers like my friend above can expect to be even more bewildered as they see Watchtower continue its downsizing trend. Where once the organization prided itself on huge investment and global expansion – consolidation, thrift and cost-saving is now the order of the day.

Watchtower is now big on style, low on substance.

And with this new standardized kingdom hall, it appears Watchtower has one eye on what publishers will expect in return for accepting the new stealth-tithing arrangement, and one eye on making kingdom halls as marketable as possible should they eventually need to be sold off. 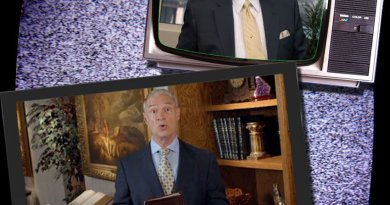 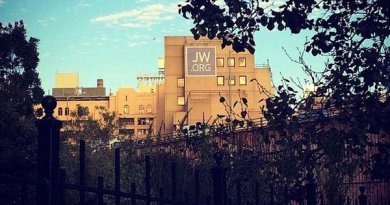 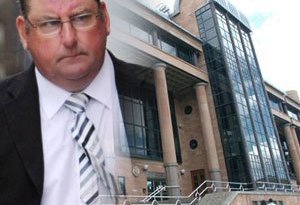