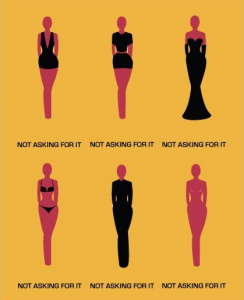 Anyone who types the words “Jehovah’s Witnesses” into google these days will quickly see that many of the search results relate to some form of child abuse, be it a major payout from Watchtower to an abuse survivor, a news story about fresh allegations of Watchtower coverup in this area, or the devastating findings of the Australian Royal Commission into Institutional Responses to Child Abuse.

This growing scandal, which most recently gained fresh media attention at a cross disciplinary conference of lawyers, journalists, activists and law enforcement organised by the Reveal News organisation, is sadly coming to be the issue by which the Watchtower religion is being defined.

Thus it is no surprise to see that the 2017 Regional Convention has on its Saturday program a talk entitled “Safeguard Your Children From What Is Evil,” quite possibly in response to this growing scandal. The talk presents itself as containing advice to parents on how to protect their children from possible abuse.

Like all the other 2017 convention talks, the outline for this talk has been leaked online, and can be viewed here at the website AvoidJW.org, which hosts an extensive library of Watchtower documents, and of articles that analyse Watchtower news and teachings.

Here at JW Survey we’ve been analysing the outlines, and whilst by and large it appears that the talks will not be as controversial as the infamous 2016 convention (dubbed by this website as The Worst Convention Ever) this talk on child abuse struck us as being extremely problematic, both for what it contains and for what it does not contain.

Not asking for it 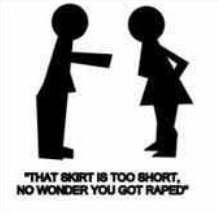 The talk begins with some basic but essentially reasonable advice for parents. It acknowledges that often an abuser will be someone the child knows and trusts, cites certain behaviours to look for that might raise red flags, and discusses possible situations in which a child may be at risk of abuse. It then encourages parents to talk to their children about sex frankly and openly, and at an age appropriate level.

However, then the outlines states the following (bold is mine);

“Parents ask yourselves; Have I trained my children regarding what are proper displays of affection, the importance of wearing modest clothing, and the need for others to respect their privacy.”

Essentially, this outline is advising children to “dress modestly” to avoid sexual assault. And by doing so, this talk is making a slew of unfortunate implications.

Firstly, the implication is that children who Watchtower might deem to have dressed “immodestly” may bear a degree of responsibility for their own assault, provoking their attacker with seductive attire. Such an attitude is sadly still very common when it comes to the issue of rape;

“Well, did you see what she was wearing? She was asking for it, if we’re honest.”

The simple fact is that no-one is ever asking to be sexually assaulted, no matter what they are wearing. Such an attitude amounts to victim blaming, and can make survivors who often struggle with feelings of guilt after their ordeal feel even worse. It also serves to give sexual predators a sense of justification and inadvertently lessens the culpability that should otherwise quite rightly fall on them like a ton of bricks.

Now, it is awful enough that adult survivors of sexual assault and rape can be treated this way, but to extend this victim blaming mentality to children is reprehensible. It also has the unfortunate side effect of framing children as sexual beings, who can be seductive and appealing if dressed in a certain style, which is clearly not a healthy attitude to be promoting, even inadvertently.

Watchtower still doesn’t get it 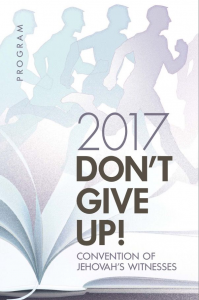 Essentially, we see here a talk that, on the plus side, contains a small degree of useful information for parents in the basic matter of being aware of potential “danger signs.”

However, this talk also peddles an awful, victim blaming mentality and promotes a “modesty culture” that actually has the side effect of sexualising young children and inadvertently lessening blame on abusers.

Additionally the entire talk is focused on casting this issue firmly into the realm of the parents and family, and stays very far away from any process or responsibility that Watchtower might have once its Elders are informed of an accusation.

And lastly, not once does the talk discuss what happens after abuse has been committed, and the congregation must handle both an abuse survivor and a sexual predator. This ommission is glaring by its absence.

In short, if this talk is any indicator, Watchtower has no intention of responding to the unfolding thunderstorm of scandal in any kind of effective way. As the legal costs mount, and the Watchtower brand becomes increasingly toxic with the general public, one has to wonder how bad the damage will become before Watchtower’s Governing Body understands that its outdated approach to the issue of child abuse has no place in the 21st century.