It has long been known that, when it comes to their efforts to discredit evolution, Watchtower writers are more than willing to utilize the dark arts of misquoting to get their point across.

In June last year I published an article about how the Creation book had been found to gravely misquote Paleontologist Niles Eldredge (among others) on the subject.

Watchtower took a magazine article where Eldredge talked about disagreement between evolutionists NOT meaning that evolution itself is untrue, and edited it to make it sound like he was conceding the exact opposite point. (For a full essay debunking the Creation book, click here.)

Now it seems Watchtower’s writers are at it again, this time in an anti-science issue of the Awake! magazine entitled “How Did Life Begin?”

Arguing against a false proposition

The first thing worth noticing about this magazine is the way it mis-characterizes evolution as being an attempted answer to the question of how life first started.

This is a common “straw man” argument used by proponents of creationism to attack evolution by asserting that it tries to explain how life first originated, when this is simply not the case.

Evolution is the means by which living things change and develop over millions of years by natural processes that can be studied and understood (see video below).

Abiogenesis, on the other hand, describes the process of life arising from non-living matter, and it is a different field of study entirely. There is still a great deal of doubt and uncertainty surrounding abiogenesis, but evolution ceased to be debated among credible scientists long ago.

But Watchtower wants you to think that scientists ARE still debating whether or not life evolves, which is where biologist Ram Singh enters the picture.

Manufacturing controversy where there is none

It then quotes Singh as saying: “The opposition to evolution goes beyond religious fundamentalism and includes a great many people from educated sections of the population.”

It is thus strongly insinuated that Singh, as a “scientifically-minded person,” is opposed to evolution. But, following subsequent investigation, it has since come to light that this could not be further from the truth.

Singh was approached by Misha Anouk (author of the German-language book “Goodbye, Jehova!” and editor of JWalumni.org) in an attempt to clarify matters.

After being straightforwardly asked whether he agrees or disagrees with evolution and/or endorses the way he was quoted in the Awake! magazine, Singh had this to say:

“JW has indeed misquoted me and I do not agree with their article and its anti-evolution stand.”

So strongly were Singh’s feelings on the matter that he went on to pen a 500-word open letter to the editor of the Awake! magazine demanding that his quote be retracted and an apology printed. The scathing letter, which is reproduced in full on JWalumni.org, accuses the Awake! editor of “intellectual dishonesty” by “taking half a sentence out of context from my article on evolution.”

Indeed, Singh’s original article from which the Awake! writers quoted bemoans and attempts to explain ignorance surrounding evolution. It certainly doesn’t portray evolution in a negative light or try to refute it.

Here is the paragraph from which the quote was taken (full paper available here):

“The opposition to evolution goes beyond religious fundamentalism and includes a great many people from educated sections of the population, including biologists, nonbiologists, and the lay public. This essay will focus on the lack of belief in evolution in this latter group; opposition from religious fundamentalism has been covered in many places (Kitcher 1982; Futuyma 1983; Montagu 1984; Young 1985; Gould 1999; Dawkins 2006; Coyne 2009). There are several reasons why facts of evolution are not easily comprehensible by the general masses.“

I think I can safely predict that Awake! will not be publishing a retraction or issuing an apology to Mr Singh, as much as this is owed him.

Awake’s deliberate attempt at deception, like so many other instances of its kind in Watchtower literature, will be concealed from the average Witness, whose only hope of uncovering it will lie in thorough, objective research on the internet, from which Witnesses are repeatedly dissuaded by their spiritual overlords.

But thanks to Singh speaking out on this matter, at least Awake! is acquiring the reputation for shoddy journalism, deceit and duplicity among the general, internet-savvy public that it richly deserves. 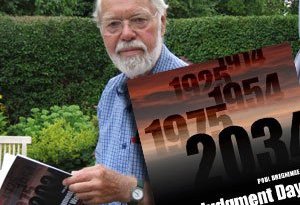 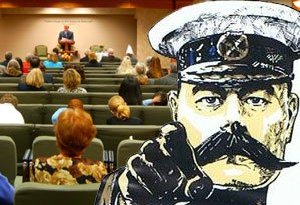 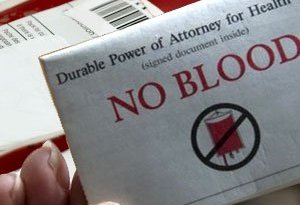 106 thoughts on “Watchtower AGAIN misquotes scientist to argue against evolution – and this time, it’s personal!”