Nearly four months ago I posted a blog article about a YouTuber named Chris (AKA “askreality”) – a Mormon who has succeeded in objectively examining his own religion by comparing it with Jehovah’s Witnesses.

Now, in the latest instalment of his video series, Chris has enlisted the help of a certain exiled warrior-wizard named Sparlock to help explain how mind control is used so effectively by Watchtower and similar organizations to control people’s thoughts, behavior and emotions.

Bringing his viewers right up-to-speed with recent JW developments, Chris also references the “Human Apostates” talk from the 2013 “God’s Word Is Truth” district convention to highlight how fear is used to prevent people from accessing information from outside the organization.

A year ago when the “Listen, Obey and be Blessed” Sparlock video was unleashed on Witnesses, this website warned Witness parents that there are powerful psychological mechanisms being used in the video that could prove detrimental to young minds. The fact that a non-Witness can see and articulate these mechanisms so clearly should give Witness parents further cause to stop and ponder whether they want their young ones to be exposed to such psychologically potent material.

Chris has done his homework by viewing the Caleb video through the framework of Steven Hassan’s BITE model, which emphasizes how behaviour, information, thought and emotion can all be manipulated to achieve mind control.

As Chris explains, “While it may seem irrational to demonize magical toys, or prevent members from voting, or prevent children from receiving proper blood transfusions, these arbitrary rules along with many others serve an important role for the Witnesses. Not only do they enforce behaviors that strengthen their belief in the Watchtower organization, but they also cause enough societal differences and tension to separate the members from the world and increase reliance on the group.”

So effective is this technique that countless Witness children all over the world are now living under the illusion that Jehovah can be saddened by plastic wizard toys. And if a child can bring himself to throw away a harmless toy as an act of loyalty, then what other things would he be prepared to do (or forego) to make Jehovah happy later in life?

The Power of Words

Chris also explains how language is used to great effect in controlling thought processes among Witnesses. A great example of this can be found in the way the expression “The Truth” has become synonymous with the Watch Tower Society.

As Chris explains, “While it looks harmless on the surface, altering the meaning of words can overflow into other areas of life, controlling a vast array of thoughts.” He adds, “if a Jehovah’s Witness thinks ‘The Watchtower organization is not true,’ he may feel confused without knowing why. This happens because his thoughts are actually saying, ‘The Truth is not true.’ The effect is heightened by the fact that there are literally hundreds of redefined words in the Jehovah’s Witness vocabulary. All of these words gain more power through repetition in kingdom hall meetings, prayers, conventions, magazines, handouts, lectures, books, and social activities with other members.”

Chris’ observations resonate on a number of levels, but it is perhaps the opening sequence with Sparlock and Caleb that really drives home how blatant Watchtower’s use of mind control really is. Here we have an animated film, designed to appeal to children, that is being used to enforce the will of a faceless organization.

It is supremely ironic that a fictional character created by the Watch Tower Society to control young minds is now being used to great effect by a member of another religion to help loosen the bonds of mind control. Despite drawing some consolation from this knowledge, I cannot help but continue to despair at the number of young children, including my own relatives, who routinely watch the Caleb videos and thus fall deeper under Watchtower’s mind control spell. 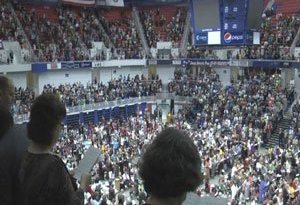 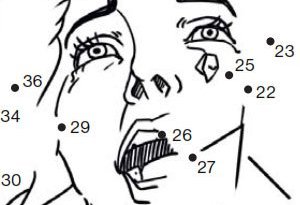 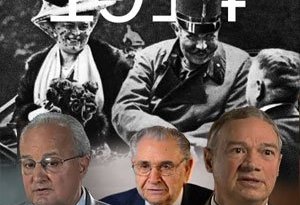 The 1914 Obsession: Watchtower clings to flawed teaching in first magazine of 2014