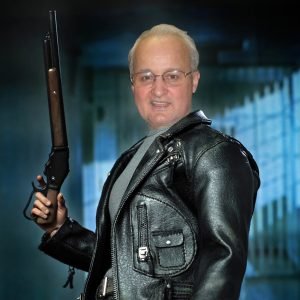 Did you know that Jehovah’s Witness leaders think they will personally be involved in killing billions of people in the near future?

Anthony Morris III, a member of the religion’s leadership committee known as the Governing Body, gave a talk at the Helsinki international convention of Jehovah’s Witnesses in June 2016.

As I listened to the speech, for the first time it struck me that Morris, and other members of the Governing Body, actually think that any day now they will personally be involved in the slaughter of most of the Earth’s population.

Well, let’s take a tour through some of the beliefs of Jehovah’s Witnesses, to help us better put into context the claims Morris made during his Helsinki talk, which began at minute 54 in the video. We cannot host the video here, as Watchtower has in the past tried to shut the website down for such actions, but in unrelated news, here is some modern art that your web browser might like:

Armageddon: Who lives, who dies, and who kills them? 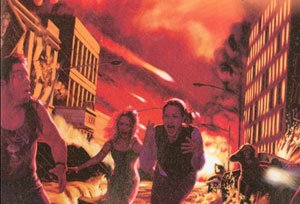 Morris and his fellow Governing Body members claim to belong to a group known in the doctrine of the Jehovah’s Witnesses as “the 144,000” also called ”the anointed.” It’s a group that Witnesses teach will go to heaven after their death, and will soon rule over the Earth from the heavenly realm. The Witnesses also believe that the rest of faithful humanity form a second group called “the great crowd.” They teach that this second group will survive the climactic battle of Armageddon.

What is the battle of Armageddon according to Jehovah’s Witnesses? They believe it to be the great final battle between God and “unfaithful mankind.” This is what the Jehovah’s Witnesses say about the role of the 144,000 in the coming Apocalypse:

The timing of the gathering indicates that all anointed ones will be in heaven before God’s war of Armageddon begins. In heaven, the 144,000 corulers with Christ will receive authority to share with Jesus in wielding “an iron rod” of destruction against all enemies of God’s Kingdom. (Rev. 2:26, 27) – Jehovah’s Witness publication God’s Kingdom Rules, chapter 21.

So who exactly will be killed at Armageddon?

According to the Watchtower, everyone who isn’t a Jehovah’s Witness.

“Only Jehovah’s Witnesses, those of the anointed remnant and the “great crowd,” as a united organization under the protection of the Supreme Organizer, have any Scriptural hope of surviving the impending end of this doomed system dominated by Satan the Devil.” – Watchtower September 1st, 1989, p.19. 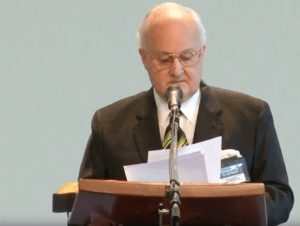 In his speech in Helsinki this summer, Anthony Morris III referred to 2nd Kings Chapter 19 Verse 35. Here, the Bible claims that a single angel sent by Jehovah killed 185,000 Assyrian soldiers during one night. Morris then goes on to say: “At Armageddon, the Christ Jesus will stand up, and along with him the 144,000. Can you imagine, one angel destroyed 185,000, what’s 144,000 immortal creatures with Jesus going to do? And only the loyal ones are in the Book.”

The Book he refers to is the Book of Life mentioned in Revelation 17:8. According to Jehovah’s Witnesses: “It appears that Jehovah God, figuratively speaking, has been writing names in the book of life from “the founding of the world.” – it appears that only when a person becomes a servant of Jehovah is his name written in “the book of life,” and only if he continues faithful is his name retained in that book.” – Jehovah’s Witness publication Insight on the Scriptures, volume 2, pp. 464-468.

Basically, what Morris is saying to his audience in the final talk of the convention in Helsinki is this: “you must remain a loyal servant of Jehovah – which equals being a loyal supporter of the organization I’m running – or I will personally be involved in killing you in the near future after I have been given supernatural powers by Jesus.”

I don’t know if the Jehovah’s Witness leaders have thought about this, but threatening to kill someone unless they are loyal to you is usually considered to be a crime. It’s certainly something most people would consider to be extremely unethical.

Jehovah’s Witnesses are sometimes called pacifists, because they refuse to serve in the armies of any countries. However, I can’t help but wonder if this term is really appropriate when the leaders of the religion, men such as Anthony Morris III, are eagerly waiting to wage war as supernatural creatures with the sole purpose of brutally slaughtering defenceless men, women and children by the billions. 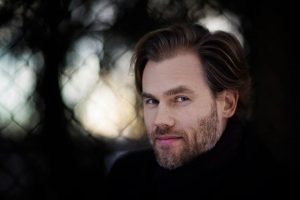 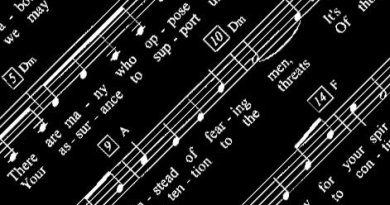 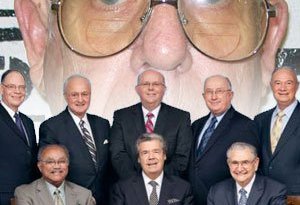 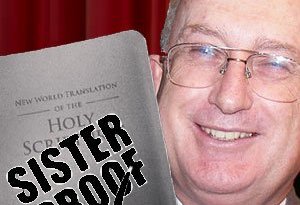