This is the latest summary of the Royal Commission in Australia by non-disfellowshipped JWsurvey reader “CovertFade,” who is standing in for the JWsurvey writing team as we process the fast-paced events “down under”…

The closing moments of Day 7 of the Royal Commission’s investigation into Watchtower’s child abuse procedures saw some heavyweights from Watchtower’s Australia branch face up to some brutal questioning by the Commission’s Senior Council, Angus Stewart.

At one point the following remarkable exchange took place in which Terrence O’Brien, the coordinator of the Australia Branch, is accused of deliberately trying to deceive the commission in an apparent attempt to protect Governing Body member Geoffrey Jackson from being called to give evidence.

Attempting to mislead a Royal Commission is a criminal offense. If charged and convicted, Mr O’Brien could face a fine of up to $20,000 and up to five years in prison. So how on earth did the normally legally-savvy Watchtower manage to put itself in a situation where the head of its Australia branch was caught out in such a clumsy lie? Especially when the previous six days of testimonial curb-stomping clearly demonstrated that the Commission team was very smart, very aware of Watchtower’s inner workings, and quite prepared to examine matters with a fine tooth comb until it uncovered the truth.

Well, with hindsight, one can see the answer, and it revolves around the Cult Of Personality that the Watchtower has recently started to build around its Governing Body.

By Day 5, it was clear that a number of aspects of Watchtower’s handling of child abuse were seriously troubling the Commission. They included the two witness rule, the all-male nature of the judicial process, allowing a guilty-but-reproved offender to remain in the same environment as his victim with no real sanction, and more.

It was also clear that Watchtower considered these policies unchangeable due to their supposed scriptural basis, and that it was eagerly offering concessions in some lesser areas while carefully trying to sneak the weightier matters of concern out of the Commission’s spotlight unaltered.

The logical conclusion being drawn by the Commission was that they simply had to talk to the Governing Body. Ordinarily, this would be impossible; the seven members of the Governing Body reside in Brooklyn USA and as such are beyond the Australian Commission’s reach.

However, it transpired that Governing Body member Geoffrey Jackson had actually been in Australia since early July. The Commission made two separate approaches to Watchtower to organize testimony. Watchtower replied to the effect that Mr Jackson was in Australia for private, compassionate reasons and, also, that since the Governing Body was not involved in the implementation and administration of policies and procedures in relation to child sexual abuse, he would not be able to give relevant evidence.

The idea that a Governing Body member would not be able to give relevant evidence in this matter is absurd. Yet it should be noted that this fits a pattern of behavior. Gerrit Losch also refused to appear in defense of the organization’s child abuse policies in a US civil action the previous year. Nonetheless it appears the Commission was content at that point to let the matter go, and did not issue a summons. (It is important to note that refusing a summons to a Royal Commission is a criminal offense than can carry a sentence of up to six months imprisonment.)

However, by Day 6 it was clear that not only was the Commission realizing no meaningful change was possible without Governing Body sanction, but also that Watchtower was pulling out all the stops to firewall Jackson. My theory is that Watchtower Australia was given strict orders from Brooklyn that under no circumstances was Jackson to be summoned.

The damage to the cult of having one of the illustrious seven Faithful and Discreet Slave members, together comprising a revered mouthpiece of God, cut to dry-mouthed ribbons under examination as to his support for indefensible child abuse policies, was too awful a scenario for them to permit.

Nowhere was this more obvious than in the Day 6 testimony of Senior Service Desk Elder Rodney Spinks.

In the context of what we now know, it’s clear Spinks was tasked to mislead the Commission into believing Watchtower Australia had the authority to implement any changes the Commission might recommend, and thus shield Jackson from involvement. He does this in a manner that would make some of the most slippery political spin-masters green with envy. Let’s look at “Slippery Spinks” in action as he answers a simple, direct question. (By the way, the simple, direct answer to the question is: Yes we would need permission from the Governing Body.)

Notice how Spinks tries to dance around a simple and truthful “yes” every time, never quite telling an outright lie but still giving the false impression that the Australia branch can give the Commission everything it wants and thus there is no need to trouble Jackson.

During Day 6, the question of Jackson’s participation again comes up, and this extremely significant exchange takes place between Justice McClellan and the Watchtower Legal Council, Mr Tokley (bold is mine):

Remember that specific wording. That’s going to come back in a big way. Watchtower has just set something in motion that cannot be undone.

As Day 6 ends, it’s clear that Slippery Spinks has failed to protect Jackson. The Commission is clearly unconvinced. But it’s Day 7 when the wheels spectacularly come off the wagon for Watchtower Australia. During examination of the first witness of the day (Vince Toole, the elder in charge of the Legal Desk) the Commission submits a piece of previously unseen evidence.

The day continues. Toole disgraces himself in his own special way during testimony, and also frantically tries to avoid giving straight answers as to the role of the Governing Body. Yet finally he is done, and Watchtower Australia’s big cheese, Terrance O’Brien, takes the stand.

Keep in mind what has happened up to now. Previous elders have been frantically spinning the narrative that Jackson is not needed, yet the Commission is clearly deeply suspicious, and most critically of all, Watchtower legal council has officially stated that Jackson’s role is limited “to the translations of matters.” To back away now would expose their deceit, and lead to possible criminal charges. But at the same time, it’s clear the Commission have all the evidence they need to see through the ruse. They have the Branch Handbook for crying out loud!

This is the no-win situation confronting O’Brien as he takes the stand, on an international live webcast, to face Mr Angus Stewart Senior Council, who has previously made mincemeat of every elder placed before him (even Slippery Spinks) and who now possesses the very publication that tells O’Brien how his own organization works.

The transcript records Stewart using the Handbook to establish Jackson’s role spanning multiple committees, including the writing committee and the teaching committee, both of which have direct involvement in the Commission’s area of interest. Then, the final nail in the coffin:

Think about it. What would you do? Admit the truth and your previous deception, or keep trying to deceive, even though it’s clear that the evidence to disprove your testimony is literally resting in the hands of your opponent? O’Brien makes his choice. Stick with the lie.

Finally! It took two solid days of testimony, of dancing around the issue by various senior elders, and dogged persistence by the Royal Commission to establish an answer to the simple question of: What does Geoffrey Jackson do? Two Days!

It’s not over yet. When Justice McClellan next speaks, the webcast audio records a softness to his tone that underscores that severity of the situation more than a raised voice ever could.

The day ends on Watchtower’s worst case scenario: Justice McClellan issues a summons for Geoffrey Jackson. What will the fallout be?

At the time of writing, it is unknown if O’Brien will face charges. On the surface it would appear the case against him is compelling, and it’s clear both Mr Stewart and Justice McClellan viewed O’Brien’s misdirection seriously. Additionally, it’s clear this was part of a strategy of misdirection employed by every Branch-level elder who testified. Yet even if all involved escape legal sanction, the fact of their deception is preserved online for all the world to see.

What of Jackson? He has three options.

There is one final irony. As mentioned, the witness preceding O’Brien was Watchtower Australia’s top lawyer, Vince Toole. During his testimony, the concept of theocratic warfare was directly put to him:

Maybe O’Brien didn’t get the memo?

You can watch a full playlist of the Royal Commission below… 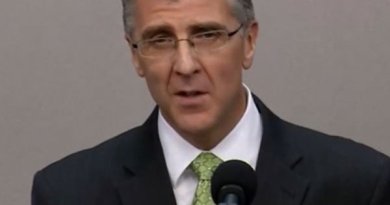 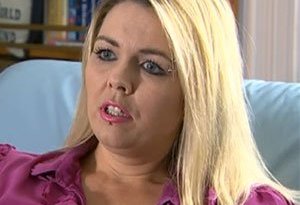 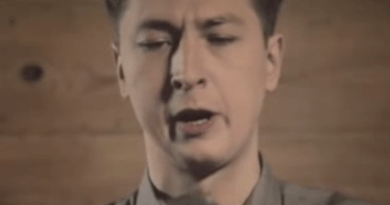