Frequent visitors to JWsurvey will be familiar with this website’s posting guidelines for comments, which include the following rule regarding religious neutrality: “Do not post comments that are evangelical in nature or may be construed as imposing one person’s religious beliefs (or lack thereof) over those of another.”

I firmly believe that religious neutrality is one of the most important elements of the work we do here on JWsurvey. It is crucial that visitors to this website, especially those who are currently Jehovah’s Witnesses (or who are struggling with JW indoctrination) do not feel that they are being preached to or ushered towards some alternative set of beliefs.

I know a lack of restraint in this area turned me away from so-called “apostate” sites when I made a brief online foray years ago while still a Witness. I wanted to see whether I could find any meaningful arguments against Watchtower teachings. Instead I was confronted by websites urging me towards born-again Christianity – which only reaffirmed my suspicions about “apostates.”

I can similarly remember recoiling a little when, in an email conversation with Paul Grundy of JWfacts.com back in 2011 (when I was midway through waking up), I learned that he was atheist. Though I was still in the process of figuring out what my own beliefs were at that stage, I couldn’t help but feel dejected that someone as knowledgeable as Paul had concluded that there isn’t a God after all.

As it turns out, I myself am now atheist regarding theism (the existence of the God of the bible) and agnostic regarding deism (the concept of some intelligent, creative force behind the universe).* But I can well imagine how such a position would be a stumbling block for a Jehovah’s Witness searching for some kind of common ground with former members.

This is why JWsurvey’s religious neutrality policy is supremely important. Visitors need to feel that they can view objective information about Jehovah’s Witnesses and their beliefs without being preached to, or coerced to ditch their belief in God entirely.

But religious neutrality only really works if it is tempered by secularism, defined by one dictionary as “the belief that religion should not play a role in government, education, or other public parts of society.” Why do I say this? Because most (if not all) religions are mutually exclusive.

For example, you cannot subscribe to both Islam and Hinduism, or both Judaism and Christianity. Religion by its very nature is contentious. Religious beliefs compete with and exclude one another. Only by assuming a secular position, namely that no one religion is more true or untrue than another, can there be real tolerance and religious plurality – a respect for the diversity of religious views, including the right to have no religious views at all.

Secularism also insists that religion and education should be kept separate. I have already written a handful of articles touching on the subject of evolution, and on each occasion I have unashamedly taken the position that evolution is not just a “theory” but a scientific, observable fact. Accepting evolution is not a religious or even an atheist position – it is a scientific one, regardless of what Watchtower says.

You CAN be both religious and accept that living things evolve gradually over time. Those who claim that life doesn’t evolve are usually trying to assert their religious views, often inherited (at least in part) from their parents, and/or are ignorant as to what evolution actually is and how it works.

If you deny evolution but embrace other areas of scientific discovery, perhaps even benefiting from them in day-to-day life, this could be considered “cherry-picking.” You would be embracing only those scientific discoveries that conveniently suit your world view, and discarding those that don’t. Of course, you are entitled to do this if it makes you feel happier and more fulfilled in life, but you cannot expect this website to censor itself to conform to such a distorted approach.

When I (or others) write about evolution we are not disrespecting a creationist’s beliefs any more than Galileo was disrespecting the Catholic church by insisting that the earth rotates around the sun rather than the opposite being the case. We are merely telling it like it is. Whether you choose to believe in God or not remains absolutely your decision and right.

The bible and prophecy

I found myself caught in a dilemma recently when filming my rebuttal to the latest JW Broadcasting episode, in which Gerrit Lösch argued for the reliability and authenticity of bible prophecy. I could have merely retorted (as I did) that it is perfectly possible to believe in the bible’s authenticity and not believe, as Jehovah’s Witnesses do, that unless you bow to the authority of seven men in New York you will join billions in being slaughtered at Armageddon.

But this argument on its own seemed rather hollow, especially when the elephant in the room was the fact that the bible is NOT a book of prophecy – it merely purports to be one.

I therefore pointed my viewers to the fact that most scholars agree that Daniel was not written in the 6th Century BC but much later, some time in the 2nd Century BC – decades after many of the events it “prophesied” took place.

It can never be asserted definitively that this is so (because no one actually saw the book being written), but neither can it be asserted that the book of Daniel was written by Daniel himself while in Babylonian exile.

Why? Because the character of Daniel, a senior court official, would not have incorrectly named the line of Babylonian/Persian rulers of Babylon. (Try researching “Darius the Mede.”) He would at least have got it right with their names, even if he could be forgiven for getting it wrong about the fate of Antiochus Epiphanes in Daniel 11 (who wasn’t to die until the 2nd Century BC, apparently after Daniel was written).

Then there was the problem of messianic prophecy, also raised by Lösch as an argument for the bible’s authenticity. How does one bring up the awkward fact that it’s highly likely at least one “prophecy” (the virgin birth) was inspired by a mistranslation of the original Hebrew in the Greek Septuagint?

My only solution was to run the gauntlet and do it anyway, but as respectfully as possible – all the while acknowledging that it is the absolute right of people to believe that the bible is inspired, but not to expect others to believe likewise.

You can claim, for example, that Jesus really was born of a virgin, but this can never be a historical or scientific claim – it can only ever be a religious claim. The same applies to the Hebrew Scriptures (or Old Testament). You can believe that the events from Adam and Eve to King Saul really happened if you like, but good luck trying to find a shred of archeological evidence to prove anything in the bible narrative from earlier than King David.

Or to put it another way – if 2.5 million Israelites really did spend 40 years meandering across the Sinai desert some time in the 13th/14th Century BC, sacrificing animals, waging war and observing rituals along the way, they apparently managed this feat without leaving behind so much as a toothpick for archeologists to uncover. (If you didn’t know this already, don’t take my word for it – do the research for yourself.)

Religion is a choice

This is why religion will always be, not unquestionable truth, but a choice.

You, dear reader, have the absolute right to decide what you believe or don’t believe; what evidence or scholarly consensus you accept or dismiss. Anyone who tries to take this right away from you should feel ashamed of themselves. But this does not mean that I, as a writer and speaker, must skirt around scientific fact and scholarly consensus as though these things are irrelevant or somehow taboo. I am allowed to tell it like it is, and leave you to decide for yourself what to do with the information.

Some would say it’s dogmatic to embrace the views of scientists and scholars, but this would be forgetting what dogmatism means: “positiveness in assertion of opinion especially when unwarranted or arrogant… a viewpoint or system of ideas based on insufficiently examined premises.”

The wonderful thing about the scientific method of establishing facts based on evidence is that views and conclusions can change as new evidence is presented.

Religious fundamentalism, on the other hand, is the very embodiment of dogmatism. It is the unyielding insistence that something is true and can only ever be true because an unquestionable sacred text says so. Speaking for myself, I can offer no apologies for instead basing what I say on evidence, and on what people who are vastly more knowledgeable than me have to say about the bible and other issues.

In summary, what you WON’T find on JWsurvey is any effort to lead you off into belief or unbelief. I personally lose no sleep if a person leaves Jehovah’s Witnesses only to become enthralled by some equally spurious (if less harmful) religious code. But what you WILL find on this website is a stubborn, unapologetic dedication to established facts and scientific/scholarly consensus. What you choose to do with the information will always be up to you.

* I now find an outlet for being free about my atheism/agnosticism on Facebook and on JWpodcast episodes, but I try to keep JWsurvey and my YouTube channel as free as possible of anything that could be construed as pushing my non-belief on others. I believe that the focus of my work should be helping Jehovah’s Witnesses out of a harmful cult, not espousing my personal views on religion (which, in any case, are far better articulated by the likes of Sam Harris and the late Christopher Hitchens). 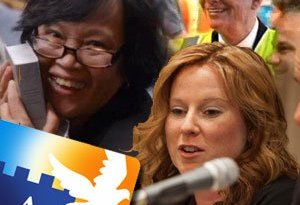 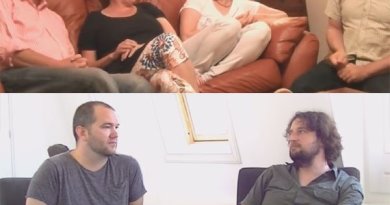 An apology, and update on what’s in store for JWsurvey 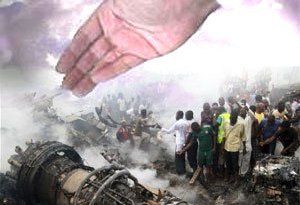 90 thoughts on “What is JWsurvey’s approach to science, religion and the bible?”