The BBC has today reported on a landmark ruling at London’s High Court that sees a victim of child sex abuse as a result of safeguarding failures by Watchtower become the first person to win a civil suit against the organization in the UK.

Our child abuse correspondent, Karen Morgan, who is herself a JW child abuse victim, reported on this case back in March.

Then it was revealed that, if successful, it could open the floodgates for more claims to be brought against Watchtower in the UK – with the organization already under fire with the Charity Commission over its worsening safeguarding reputation.

AO Advocates, the law firm representing the victim (who is being referred to as “C” to preserve her anonymity) also revealed in March that they had as many as six extra clients waiting in the wings if C’s case proved successful.

Well, now C has been awarded £275,000 in compensation from Watchtower, surely paving the way for more legal proceedings against the embattled organization.

As heartening as this news will be to the many campaigners who urgently want to see Watchtower protect children by taking child abuse seriously, it is worth reflecting on the heavy price paid by the victim as a result of her ordeal.

Now in her 20s, C was abused between 1989 and 1994 when she was between the ages of just four and nine. The abuse, including rape, took place in her home, in her attacker’s home, in a shed, and in cars. C was told “she was sinning” and “she would not be saved.” Her ordeal has left her so traumatized that she has already attempted suicide and reportedly told her lawyers she didn’t expect to live beyond 30.

C’s attacker, Paul Stewart, died in 2001, aged 72, shortly before police arrived at his home to arrest him for his abuse of her. He was a ministerial servant when he began abusing C in 1989, but was shortly thereafter removed as a servant after confessing to molesting another girl.

Even so, elder’s let him hold on to many of the privileges he’d held as a servant. Thus Stewart was able to exploit the positions of trust given to him by elders in a congregation in Loughborough to carry out his wicked acts.

In delivering his verdict, Mr Justice Globe said he was “satisfied” the organization should be “held responsible” for the abuse.

The organization has responded to the verdict by telling the BBC it will review the judgment. Regular readers of JWsurvey will recall that, as recently as February this year, Governing Body member Stephen Lett slammed concerns over Watchtower’s mishandling of child abuse as “apostate-driven lies and dishonesties.”

C spoke to the BBC before the verdict, saying: “These [abuse victims] aren’t apostates, these are people who have suffered from horrible, horrible crimes and had their lives completely wrecked. They’re not out to destroy the organisation… This is a problem that needs to be dealt with and it needs to be dealt with properly because it is only going to get worse.”

The BBC legal affairs correspondent Clive Coleman has recognized the significance of the verdict: “This is the first civil case for damages for historical sexual abuse in the UK brought against the Jehovah’s Witness organization, and is thought to be the first brought against any non-mainstream religion.”

And Kathleen Hallisey, lawyer at AO Advocates, has remarked: “This should be a wake-up call to the Jehovah’s Witness organisation that they need to implement better child safeguarding policies that are in line with modern day knowledge about child safeguarding and sexual abuse. And I also hope that it’s a wake-up call to members of the organisation that child sexual abuse is a problem within the organisation and it’s something that they need to do something about.”

We can only hope this story and so many others like it will indeed cause individual Witnesses to either urge reform from within the organization, or vote with their feet. 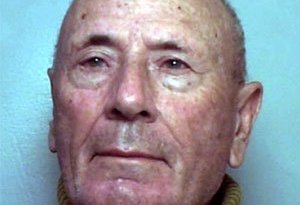 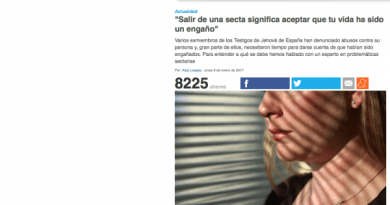 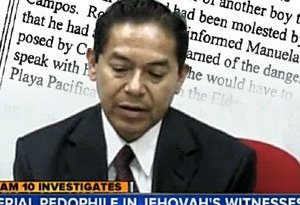