Multiple sources are reporting that Governing Body member Guy Pierce died yesterday morning, March 18, 2014, of a severe stroke. He was 79.

Pierce is survived by his wife, Penny, with whom he began pioneering in 1982. He also leaves behind five sons who were all Witnesses as of 2008.

As recently as last October Pierce served as chairman at the 129th Annual Meeting, at which the newly revised version of the New World Translation was released.

Noteworthy moments during this meeting included an occasion when he encouraged his audience to twist their bibles to see how durable they were. He also suggested that “new light” might be unveiled at the meeting, although this ultimately proved not to be the case.

Following his early work as a pioneer, Pierce served as a traveling overseer between 1986 and 1997. Thereafter, he and his wife were asked to serve at the United States bethel. Pierce served as a “helper” to the Personnel Committee prior to his appointment to the Governing Body. (see w00 1/1 p.29)

In 2011 Pierce sparked controversy by admitting that the Governing Body were pressing ahead with their ambitious building project for a new World Headquarters in Warwick, upstate New York, without being fully certain of Jehovah’s will in the matter. (see w12 8/15) Watchtower has since commenced building work, with the organization even likening the project to the rebuilding of Jerusalem’s walls by Nehemiah.

Little is known about Pierce’s individual achievements as a Governing Body member because, unlike the precedent set at Acts 15, Watchtower keeps the minutes of Governing Body meetings top secret – even though the identities of members are widely published.

Pierce will understandably be mourned by those who knew him, especially his widow, children and grandchildren. But it is regrettable that ultimately his tenure as a Governing Body member was a wasted opportunity to bring about urgently needed reform.

Pierce leaves behind an organization riddled with secrecy and deception in which crimes against children are covered up and Witnesses who dare to speak out are persecuted through the cruel practice of shunning.

The following announcement has now been made on the JW.org website…

“Guy H. Pierce, a member of the Governing Body of Jehovah’s Witnesses at their world headquarters in Brooklyn, New York, died on Tuesday, March 18. He was 79 years of age.

In addition to his wife, Penny, Mr. Pierce is survived by his six children, several grandchildren, and great-grandchildren. He is also fondly remembered by Jehovah’s Witnesses around the world whom he regarded as family.

In a statement, his fellow members of the Governing Body commented: ‘Our memories of his courageous and faithful earthly life course will continue to strengthen us for years to come.'” 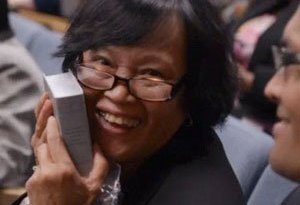 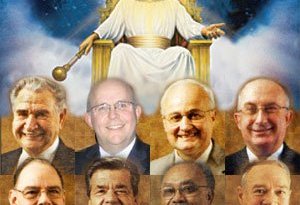 Governing Body says: “We are the Faithful and Discreet Slave!” 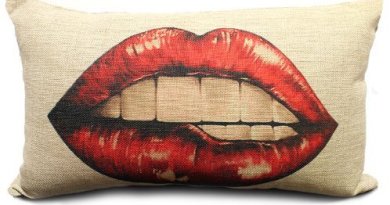