The September JW Broadcasting episode is now available on tv.jw.org, and for any avid follower of goings-on at Watchtower this month’s offering from the ‘faithful and discreet slave’ is a must-watch.

Governing Body member David Splane addresses his audience on one of the many subjects best swept under the rug by Watchtower – the incomprehensible “overlapping generation” teaching.

Simply put, this teaching (which first appeared in the April 15, 2010 Watchtower) is a hastily-contrived get-out-of-jail-free card for the failed 1914 “this generation” teaching.

For decades Watchtower publications insisted that Armageddon was imminent because, they argued, the generation of anointed Witnesses (who believed they were going to heaven) who witnessed and understood the events of 1914 would not die out before Armageddon arrived.

This claim was based on Matthew 24:34, where Jesus told his followers that the generation that witnessed various apocalyptic signs would not die out until all his words, including the “great tribulation” (the prelude to Armageddon), came true.

So certain was Watchtower of this claim that it even had it included in its masthead for the Awake! magazine…

That is, until they quietly changed the masthead to read as follows…

Increasingly it became obvious that Watchtower’s self-imposed time limit on Armageddon had expired, because too much time had passed since 1914 for there to be any survivors among Jehovah’s Witnesses old enough to have memories of the outbreak of World War I. In fact, at the time of writing in September 2015, only 50 individuals older than 110 years old are known to still be alive.

“New light” was called for, and in 1995 and 2008 the organization made various stabs at squaring the circle. Paul Grundy has done a great job of documenting these fluctuating “understandings” on his JWfacts resource.

The most recent solution, as proposed by Watchtower in 2010 (and regurgitated by Splane in the above clip), is to essentially embellish Jesus’ words by suggesting that “this generation” doesn’t have to be just one generation, but can be two.

The first “group” of “this generation” would witness and understand the events of 1914, and the second group would be those who were born before the last individuals in the first group died (hence an “overlapping” generation).

If you don’t understand this, it is not due to any failure on your part. It is because it doesn’t make sense. The teaching rides roughshod over the English language, redefining what “generation” means, and relying on the audience to willfully bypass their logical thinking skills by asserting the incomprehensible as indisputable truth.

After all, if you can arbitrarily insist that a generation can be composed of two groups, why not have three, four, five – on into infinity? The word “generation” quickly loses all meaning.

The wisest course of action for Watchtower would have been to either distance itself from the “overlapping generation” teaching as a well-meaning slip-up (perhaps by arguing “this generation” was figurative rather than literal), or ignore the matter altogether.

Instead, the Governing Body apparently concluded that a 12-minute video presentation rehashing the teaching, complete with diagram and stick pointer, was just what the doctor ordered.

Their mistake is an inevitable byproduct of their delusion and bullish devotion to their own contrived dogma. It is, to my mind, further proof that the Governing Body are not cynical con-men but really do believe their own nonsense – and expect us to believe it too. Otherwise, they would have steered clear of the subject entirely, and spoken about something more compelling and universally appealing.

In addition to this obvious faux pas, I am also delighted at David Splane’s performance, which wreaked of cheesiness and insincerity…

As a side note – Splane is among three Governing Body members (together with Herd and Losch) who have apparently opted to deliver their JW Broadcasting episodes alongside “helpers” from the various Governing Body committees. The other Governing Body members (Lett, Morris, Sanderson and Jackson) tend to appear by themselves. I can’t help but question Splane’s decision to appear with a co-host, since he is in my view one of the more competent, persuasive speakers on the Governing Body. His uneasy interactions with his co-host only serve to undo the forcefulness of his individual presentation.

When JW Broadcasting was first announced 11 months ago I said at the time it was great news. The worst thing the Governing Body could possibly do was reveal themselves to their doting followers. It is far easier to respect and admire your leaders when you can’t see or hear them. Having them thrusted at your TV screen or computer monitor in all their bumbling, arrogant, senile, jewelry-flashing glory changes the whole dynamic.

Yes, we have seen some extremely potent pieces of indoctrination designed to pull on the heart strings and appeal to people’s emotions. The standard episode will feature at least one visually appealing interview segment with powerful imagery and stirring music, in which a loyal Witness tears up as he or she relates how Jehovah’s hand has come to their rescue against all odds.

I will continue to do my best to expose these clearly coercive methods in my JW Broadcasting rebuttal videos. But I am growing increasingly confident that to any sincere, intellectually honest Witness capable of rudimentary reasoning skills, no rebuttals are needed. The delusion, absurdity and self-indulgence speaks for itself. 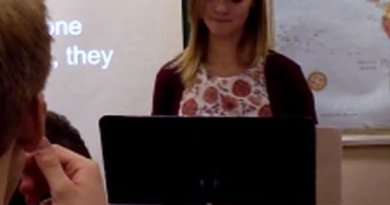 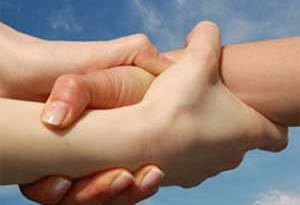 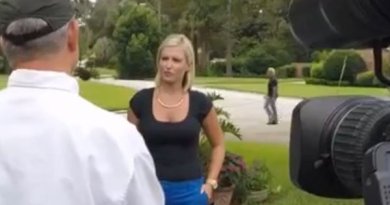