As explained in the previous article, it is becoming increasingly evident that the Watch Tower Society has entered a period of decline. Evidence for this decline may be seen in the drastic downscaling of monthly magazine printing commitments since 2005, a move that would have been unthinkable decades ago. A primary catalyst for this downturn in the Society’s finances is the reduced growth rates in developed (wealthier) countries, which provide the primary source of donated revenue. These dwindling reserves of donations are also being called upon to finance the faster growth (i.e. printing costs, building projects) in poorer countries, which is an entirely unsustainable financial model.

The deteriorating situation has spurred the Society to embark on an unprecedented spate of selling off millions of dollars’ worth of real estate. The bethel complexes in Brooklyn are already being parceled off and sold to the highest bidder, even though this is arguably the worst possible time to be selling prime real estate (in the midst of an economic downturn). One such property, at 183 Columbia Heights, was recently sold at $6.6 million, or 14% below the asking price! Can you imagine selling your home for a million dollars less than it is worth? Unless, of course, you were really desperate for cash!

The following newsreel covers the firesale of Brooklyn property from the media’s perspective. Interestingly, it is repeatedly mentioned that, once Jehovah’s Witnesses leave the area, this will benefit the local community through the influx of much-needed tax revenue, since the Watchtower is obviously tax exempt as a non-profit organization.

But it isn’t just bethel facilities that are being turned over to the highest bidder. Assembly halls such as the one in Indianapolis are also being sold off, and even branch offices are being closed down with the facilities being put up for sale in more “expendable” countries such as Ireland, Norway and New Zealand. In fact, last year saw an unprecedented 16% drop in the number of branches, from 116 to 98. Again, this is indicative of a global organization undergoing a phase of downscaling triggered by economic uncertainty, because it costs a considerable amount of money to keep a branch in operation – regardless of the free labor.

But that’s not all. The Society has become so desperate that it’s now installing credit card machines in Assembly Halls in order to increase the yield of donations. It seems that the Governing Body has failed to consider the possibility that they are effectively encouraging publishers to go into debt in order to make donations. Even if they have considered this irony, they are evidently so desperate to boost cashflow that they will try anything.

This brings us to the sad state of affairs at Menlo Park congregation, a story that is being reported on over at ex-jw.com. You are welcome to check the details for yourself and draw your own conclusions, but the rumors emanating from this rapidly developing story are extremely disturbing. A picture is emerging of a Society that will stop at nothing to seize control of property assets from local congregations, even if it means removing the entire body of elders if they object. It seems that congregation remodelling projects may be being used as a clever smokescreen to switch the ownership deeds from being under the name of local elders to the ownership of the Watch Tower Society. If true, this would certainly fit with the behavioral pattern of a Society that is on the ropes financially, and doing whatever it can to keep itself afloat.

All the while, the internet slowly erodes the Society’s credibility, especially in developing lands. A simple Google search of “Jehovah’s Witnesses” can yield a number of web pages that are extremely unflattering of the Society’s teachings. Even neutral sites such as Wikipedia present articles that explain objectively why the beliefs of Jehovah’s Witnesses are flawed and open to criticism. It came as little surprise when the Society lashed out at online encyclopedias such as Wikipedia in the 2011 yearbook, lambasting them for their “poorly documented Web entries written by unidentified or unqualified persons” (see page 9). Again, no consideration was given to the fact that most if not all writers of Watchtower publications are precisely that – “unidentified and unqualified”.

Many were understandably surprised by the recent April 2nd letter to all congregations (mentioned in the previous article) when it seemed to announce a shift in the way the Society chooses to approach the internet in the future. In the letter, the Society announced that they would be upgrading jw.org and closing down their other two domains in order to focus on just one newly enhanced website. Their intention in doing this is apparently to make the Watch Tower’s online presence more appealing to interested ones, who they now recognize are increasingly finding their information online rather than in printed literature.

Will this work? Will the Society do battle with the internet and win over the hearts and minds of web surfers, despite the swathes of negative material available online? It’s highly unlikely. If anything, I believe this move will prove counter-productive for the Society. By encouraging interested ones to research JW beliefs online, they unwittingly expose such ones to the temptation of doing additional research on other JW-related sites such as jwfacts.com, which presents honest and reliable examinations of witness dogma, and provides simple explanations as to why these teachings are flawed using predominantly the Society’s own material as a reference.

The Society has done well at instilling fear and paranoia in devout publishers when it comes to the perils of stumbling upon so-called “apostate” material online, but interested ones are not so easily manipulated, and will rightly want to check the facts for themselves using any information at their disposal.

It is precisely because the internet is wreaking such havoc on the reputation of the Watch Tower Society that they find themselves in such dire financial circumstances. Regardless of how zealously individual publishers may be going about their ministry, they are powerless to prevent their householders from jumping online and googling Jehovah’s Witnesses once the door has closed. This scenario, almost unthinkable only two decades ago, has forced the Governing Body to authorize the slashing of printed output, the closure of branch offices, the sale of bethel properties and assembly halls, the installation of credit card donation facilities, and perhaps even the underhanded leveraging of property ownership rights for local kingdom halls.

To make matters worse, there is the “ticking clock” of 1914. The very fabric of the Society has been built upon the foundation of a set of dubious chronological teachings that aren’t fully grasped even by many ordinary publishers, namely that the same chain of events in which Christ invisibly assumed heavenly power in 1914 led to the early Bible Students being chosen as his earthly representatives in 1918/19. The period of Christ’s invisible presence, ostensibly from 1914 until Armageddon when Satan is let loose on the Earth, is described in Revelation as being a “short period of time.” (Revelation 12:12) However, as we edge closer to the centenary of the end of the “gentile times” in 2014, this period looks increasingly less “short.” It seems that doctrinal escape routes have been cleverly concealed in certain Watchtower articles in an attempt to extend the longevity of the teaching until at least 2034. However, whether the Society can save itself from complete financial meltdown before that date arrives remains to be seen.

Indeed, the trend looks bleak for this once proud organization. It seems that only a completely unexpected reversal in fortunes (such as somehow switching off the internet) can save them. For me, the only question is how long it will take for the last printed issue of the Watchtower to roll off the press, and for the Society to shrink to an operational scale where they are almost inconsequential. It is no longer a case of “if”, but “when”.

Meanwhile, based on what we’ve already seen, we can expect more branch closures, more frantic selling of real estate, more cuts in printing commitments, steadily decreasing growth, and ever more imaginative ways of acquiring funding. What we cannot expect is for things to magically improve. The decline of the Society has begun, and is virtually unstoppable. They will never again enjoy the same influence and operational levels as they did at their zenith at the end of the 20th Century.

If this outlook sounds depressing for you, then most likely it is because you have not yet been able to find the courage to research JW teachings objectively. If that’s the case, then I would urge you to do so. You will find that not all sites that are critical of the Watch Tower Society’s teachings and practices are as bitter and vindictive as you have been led to believe. Sites such as jwfacts.com merely present an accurate analysis of Watchtower teachings, and encourage you to draw your own conclusions – even if this means remaining as one of Jehovah’s Witnesses for whatever reason.

The prospects for the Watch Tower Society are grim indeed, but this needn’t be the case for you. You can still lead a rich and meaningful life full of happiness without having a human organization to hold your hand. It’s never easy when you first realize the real truth, but many like myself have walked this road ahead of you, and are on hand to help you as you embark on your own journey of awakening. 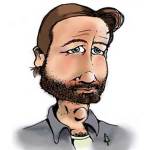 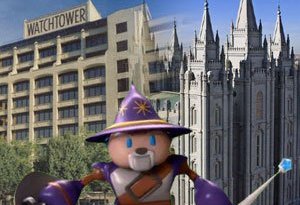 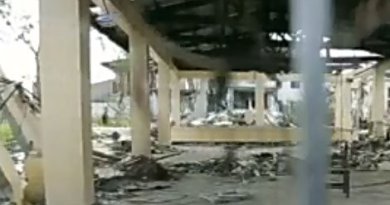 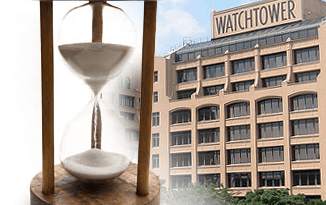 47 thoughts on “Branch closures and fire sales – a growing trend for the Society?”