Australia’s Royal Commission into Institutional Responses to Child Sexual Abuse has heard shocking evidence that 1,006 alleged perpetrators of child sex abuse were identified by the organization in Australia going back to 1950, but none were reported to the authorities.

The Commission was launched in 2013 with a broad remit to investigate serial child abuse in institutions, including religious organizations such as the Witnesses and the Catholic Church.

At the opening hearing held today, Angus Stewart, the senior council assisting the commission, described the church as an “insular sect with rules designed to stem the reporting of sexual abuse.”

According to Stewart’s written opening submission, the figure of 1,006 perpetrators was derived directly from Watchtower documents summoned (subpoened) by the Commission…

During the investigation of this case study, Watchtower Australia produced some 5,000 documents pursuant to summonses issued by the Royal Commission on 4 and 28 February 2015. Those documents include 1,006 case files relating to allegations of child sexual abuse made against members of the Jehovah’s Witness Church in Australia since 1950 – each file for a different alleged perpetrator of child sexual abuse.

As part of the hearing two Witnesses, identified as BCB and BCG, are expected to give testimony that elders discouraged them from reporting their abuse. One of these victims is apparently “riddled with guilt for betraying the Jehovah’s Witness Church.”

The hearings are being streamed live to Australians, and doubtless will cause further humiliation for an organization already under siege for negligence regarding child molestation.

Governing Body member Stephen Lett recently insisted that claims of child abuse mishandling are nothing more than “apostate-driven lies and dishonesties,” but added to courtroom defeats in the United States and Britain, this latest news coming out of Australia suggests otherwise.

1,006 unreported alleged perpetrators since 1950 is an appalling statistic, and if used to extrapolate historic figures around the world, the number of concealed pedophiles could easily number into the tens of thousands.

It will be interesting to see what conclusions are drawn by the Commission, and how this will impact the fate of the organization, not just in Australia, but further afield. Certainly Tony Morris’ recent claim that the Governing Body are “proud” of their reputation concerning child abuse is becoming increasingly preposterous.

One child who suffers unnecessarily due to Watchtower’s negligence on the issue would be a child too many, and yet according to this public hearing, in just one country of many, the pain and trauma of sex abuse has been ignored and covered-up on an unimaginable scale. 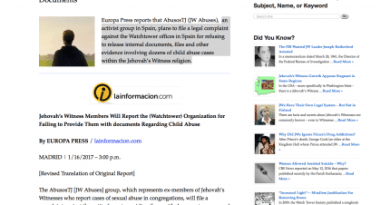 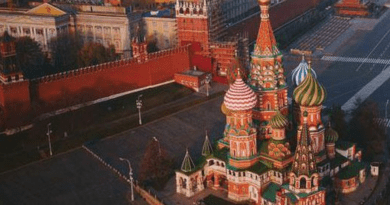 176 thoughts on “Australian Royal Commission hears that 1,006 alleged child sex abusers were covered up by Watchtower”