In my five years as an ex-JW activist, I have had the privilege of interviewing some truly remarkable, inspirational people – including brave survivors of child molestation and domestic violence.

Each person I have interviewed has enriched my knowledge of my former religion by letting me see firsthand the profound damage that can be inflicted through rules and prohibitions I once considered sacred, God-ordained and beneficial.

But none of these interviews could prepare me for the time I sat down to speak with Phil Dunne one sunny afternoon in Zagreb in September 2016. You see, this is an interview that should never have happened.

Phil was raised as a Witness after his mother converted, and got baptized at 17. Just three years later, he was married to a fellow believer. But the young couple’s wedded bliss was shattered soon after they moved to California as Phil’s health began to dramatically deteriorate.

Things came to a head one evening when Phil passed out in a seizure on his bathroom floor and it was discovered that a tumor had punched a hole in his stomach. Diagnosed with Non-Hodgkin’s Lymphoma, a cancer of the blood, he was told he would die within “a couple of days” without a blood transfusion.

As highlighted at last year’s 2016 “Remain Loyal to Jehovah” convention series, Jehovah’s Witnesses faced with this news are expected to decline treatment and make the ultimate sacrifice for their beliefs. And as a true believer, Phil was no different.

Despite repeated pleas from his doctors, who offered to give him concealed transfusions so that none of his JW visitors would know, Phil resolved that he would sooner die than live with the guilt of secretly accepting a transfusion. He told me that being heralded as a hero who “miraculously” survived while staying loyal to the command on blood would have tormented him, leaving him feeling like a fraud.

And so, with his mind made up, and even an informal will written out detailing his final wishes, Phil awaited the inevitable.

The team of doctors treating Phil came up with a drastic strategy that had minimal chances of success, but which, given Phil’s insistence on refusing blood, was at least better than trying nothing.

Phil’s tumor was thus pummelled with intense radiation over 10 straight days and, to the delight of all concerned, this had the intended effect of shrinking it just enough for the stomach wound to be cauterised, thus stopping the internal bleeding. With the immediate threat neutralized, Phil could begin receiving chemotherapy for his condition and was able to make a full recovery.

Phil’s “miraculous” return to health – unquestionably the product of the ingenuity of medical professionals who had partaken of higher education – was lauded by his congregation, and Phil was heralded as someone who had been blessed for standing firm in his convictions. But as the applause dissipated, Phil privately sank into an existential crisis.

What if he had died from refusing blood? What if, instead of being born into a life as a Jehovah’s Witness, he had been born in another part of the world where an entirely different set of religious beliefs held sway? What if the beliefs he had been raised with were in fact based on lies and had very nearly resulted in his untimely demise?

Phil set about carefully studying his religion, determined to confirm whether or not the stand he had taken in hospital was justified. When he revisited the Watchtower publications that had formed the bedrock of his faith with a critical, analytical eye, he found that they were strewn with misquotes, exaggerations and outright untruths.

Phil’s faith collapsed and, soon thereafter, his marriage – since his wife refused to entertain any of the information he uncovered.

As Phil distanced himself from his religion, he began missing meetings. This had the knock-on effect of him being pre-emptively shunned by former Witness friends and family who began to think of him as “bad association.”

Fast forward to a holiday to Croatia in 2016 and, during our encounter on the sun-kissed streets of Zagreb, Phil (not yet disfellowshipped) felt the time was right to share his incredible story, which now features on pages 516 to 520 of my book, The Reluctant Apostate.

I will never forget the overwhelming feeling of admiration at seeing Phil open up so candidly about his experience. I also continue to feel profoundly fortunate at getting the opportunity to meet this brave man at all given the fact that, according to the laws of probability, Phil should no longer be alive.

Without the intervention of an incredibly gifted group of medical professionals, and a sizeable chunk of sheer luck, Phil would be just another statistic in the unfathomable body count arising from Watchtower’s reckless, hypocritical and unjustified stance on blood.

As for what’s next for Phil, the world is now his oyster. He is emerging from his JW experience a little worse for wear due to depression arising from the trauma of his near miss, but he has zero regrets and the future looks bright.

I for one am delighted to have met him, and I am sure his story will inspire many to reject the madness of putting religious fanaticism first and human life second.

Who knows? His story may even end up saving lives. 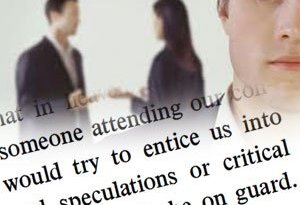 “Be on guard against those who speculate!” – Watchtower ramps up the paranoia 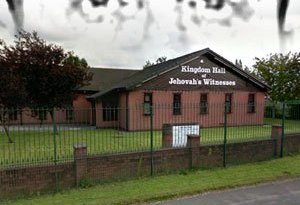 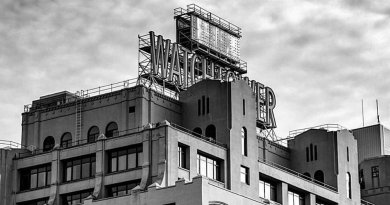